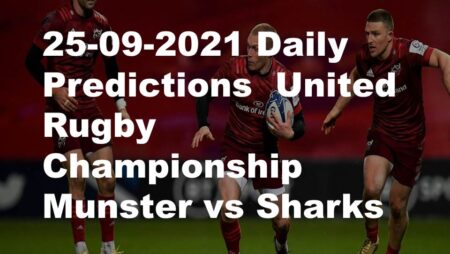 Munster will not want a repeat of the Rainbow Cup where they had a slow start that ultimately cost them a place in the finals. They come up against a most unpredictable Sharks team.The Sharks have shown in the last few seasons that they can win against any team and the opposite is also true. They will be hoping for a complete team performance otherwise Munster could run away with the win. There is quality all through the Munster team while the Sharks are missing eleven players who are on Springbok duty. The Irish team will look to attack the Sharks in the forwards as the Durban side has shown a weakness in this area. Sharks skipper Phepsi Buthelezi has been a weak link for them as he makes no metres with his carries. His flank partner Henco Venter is another who owes the Sharks a big game. These two players have the talent and quality and this match is the best time for them to come good.

TIP: There will be major pressure on Sharks flyhalf Boeta Chamberlain who will be ring rusty and is being thrown in the deep end. He has barely played any rugby recently and the Munster pack will be licking their lips to attack his channel. The Munster team have Irish international Joey Carbery at 10 and his game management and the ability to ignite the backline will be one of the big differences in this match. The Sharks have signed Ruan Pienaar on loan and this could be a master stroke as he brings a wealth of experience and more importantly he has faced Munster numerous times while he played at Ulster. This knowledge will be crucial to a fairly inexperienced Sharks team. The bookies have Munster as heavy favourites and I also tip them for the win. The best odds on this bet are as follows:  Worldsportsbetting 1.01, Playabets 1.03 and Sunbet 1.04

The South African team faces a baptism of fire in their first match but need to trust their ability and play their natural attacking game. The Munster team will want to use their forwards to gain the ascendency and then launch their dangerous backs. They have the returning Simon Zebo and Andrew Conway on the wings and they are proven try scorers if given space and time on the ball. The major weakness I see in the Sharks team is their scrum. This has been their Achilles Heel all season and no doubt that Munster will be looking for penalties at scrum time. The Sharks will be hoping the return of Thomas du Toit from Springbok duty will help provide the scrum with some stability. I cannot see the Sharks overcoming this impressive Munster side but I think it will be closer than most people think. I predict Munster to win this by less than 16 points.

The best odds on the Munster victory are as follows:

Odds comparison on the Sharks handicap :

The complete odds on the Sharks handicap:

Curwin Bosch is another Sharks player that is out of form. His poor form has seen him moved from the flyhalf position to number 15. He has an important role as he has a massive boot and will be required to do a lot of kicking to relieve some pressure on the young Chamberlain. Munster seems to have the edge in most areas but they must be aware of the Sharks wingers. Both Yaw Penxe and Thaakir Abrahams have great skills and are blessed with searing pace. It will be the Sharks half back pairings duty to get the ball out to them. Munster will dominate unless the Sharks can get their running game going. The match should be close until the last quarter when I expect the home team to run away with the victory. There are almost no returns for punters on the Munster outright win but I suggest the value bet on the Sharks handicap. The best odds on this bet are as follows: Worldsportsbetting (+24.5) 1.90, Sunbet (+22.5) 1.83 and Playabets (+22.5) 1.90 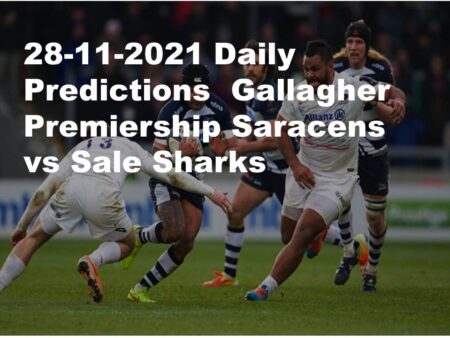 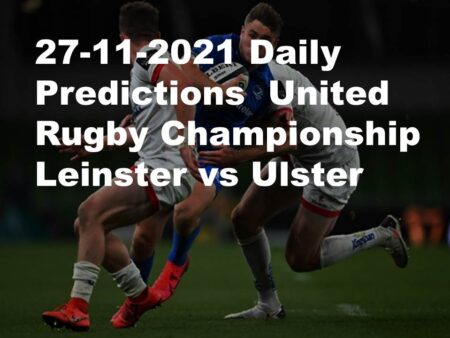